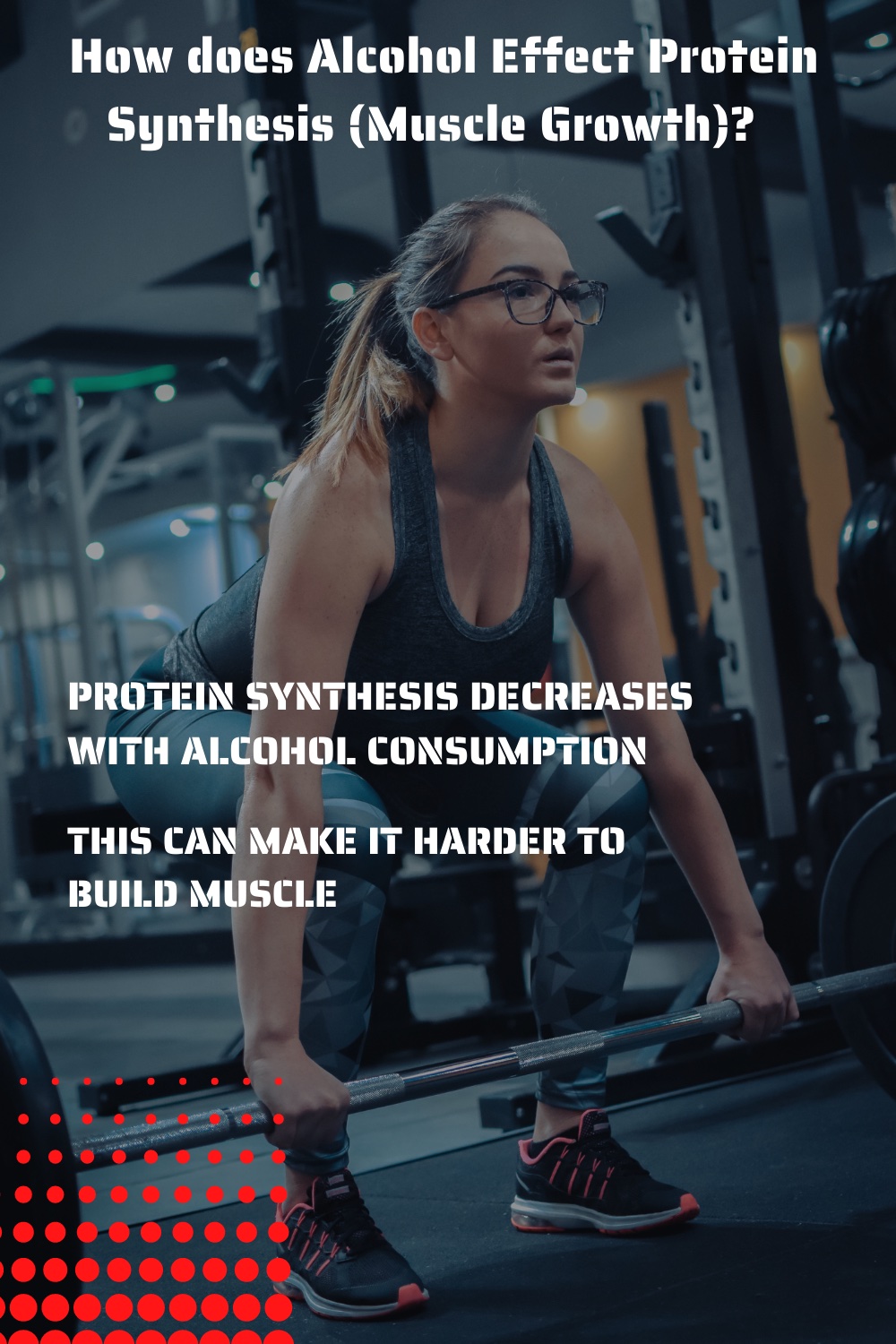 Alcohol is a key factor in many social events and situations. It is socially acceptable to have alcoholic beverages with friends or family. Even one glass of alcohol for women and up to two drinks for men is promoted as safe and having possible health benefits. However, for athletes, does alcohol affect athletic performance? Does alcohol kill muscle gains? In this article, I’ll discuss the metabolism of alcohol in the body and its effect on glycogen storage. Then summarize multiple research studies involving the consequences of alcohol on athletic performance. I’ll also breakdown how drinking effects the body, hydration, inflammation, and hormones.

The form of alcohol that humans consume is called ethanol. Once a person begins drinking alcohol, it absorbs immediately in the gastrointestinal tract. It reaches peak concentration in a persons blood within 30 minutes. However, food in the stomach will delay absorption. The liver will oxidize most alcohol. The remainder excretes through the lungs and urine. Most adults metabolize 7-10 g of alcohol per hour, equivalent to one drink.

How Does Alcohol Affect the Body?

Alcohol impacts the body in many ways. Alcohol is a Central Nervous System Depressent (CNS). Sleepiness, slurred speech, ataxia, impaired judgment, and reduced anxiety are consequences of drinking too much alcohol. There may be decrease in myocardial contractility, which is the ability of the heart to contract. With prolonged alcohol abuse, liver disease can develop. Persons can become psychologically dependent on alcohol and also physically dependent. The neurotransmitters in the brain, such as serotonin and dopamine are involved in the brain reward system. Serotonin and dopamine increase when drinking, which can lead to alcoholism and addiction.

Alcohol Use Among Athletes

Alcohol is detrimental both physiologically and psychologically. Therefore, it seems reasonable to assume there would be negative consequences when using alcohol during athletic training and competition.

The athletic population is unique. An athlete competes in one or more sports and cycles through pre-season training, in-season competition, and an off-season. There is often a strong camaraderie between team-mates. Close friendships are easy to form due to common schedules and stressors.

There are several theories based on research studies as to why athletes drink more alcohol.

All of these factors perhaps are contributors to an athlete consuming alcohol. Given the high prevalence of alcohol use among athletes, it is important to understand the physiological changes and consequences alcohol may have on performance.

Glycogen is the storage unit of carbohydrates in the body. The majority of glycogen is found in the liver and skeletal muscle. The body uses glycogen during training and competition as a source of energy. Alcohol can affect the building up of glycogen reserves in the body. Therefore, the athlete may have less energy to pull from during training and competition.

Animal studies show liver and skeletal muscle glycogen forming impairment in the presence of even relatively low amounts of alcohol. But, no impact on type 2 muscle fibers, also known as fast twitch muscle fibers. These are the muscles associated with resistance training.

A study on human cyclers found a decrease in carbohydrate stores after alcohol consumption. It’s important to note that much of glycogen storage and metabolism effects are based on food. What an athlete eats or does not eat in addition to alcohol will provide different results related to glycogen storage.

If alcohol was consumed before exercise, it appears that alcohol has little or no effect on the re-synthesis of muscle glycogen after exercise.

Hydration status is an essential part of any sport or exercise. The goal during any competition or training session is to prevent dehydration. When the body is dehydrated, performance suffers. The consumption of alcohol can lead to dehydration if one isn’t focusing on rehydrating.

Alcohol increases urinary output. It does this through the inhibition of the hormone, vasopressin. This means that when drinking alcoholic beverages, one will need to pee more often. This leads to dehydration because water doesn’t have the chance to get absorbed fast enough.

The influence of alcohol on the hydration status of an athlete depends on several factors. If a person is hyper-hydrated, the diuretic effect may be eliminated, with no impact on performance. Additionally, hypo-hydration, not drinking enough water in general, also negatively affects performance and training.

Thermoregulation, the ability of the body to regulate its temperature may be affected by alcohol. This makes performances in extreme heat or cold more difficult. A study found that drinking 2.5mL/kg of alcohol before exercise lasting longer than 3 hours in the cold can increase heat loss. It seems that alcohol may impair adaptation to cold and heat, negatively affecting an athlete.

Alcohol and the Immune System

A healthy immune system is critical to an athlete. Even a minor illness, such as a cold, can create unfavorable results in training and competition. Alcohol can upset the balance of normal inflammatory processes. The imbalance increases the risk of sickness or infection. Additionally, alcohol may limit blood flow to an injury when it comes to trauma. When there is a limit to blood flow, recovery from an injury will take longer to heal.

Alcohol impacts hormonal balance. For males, when consuming large quantities of alcohol (1.5 g alcohol/kg BW), there is a decrease in testosterone production. This may lead to feminizing effects such as gynecomastia, the increase in breast tissue in males. And, testicular atrophy, the shrinking of the testicles. The decrease in testosterone could affect muscle growth, impacting performance, training, and muscle gains.

A higher percentage of male athletes engage in drinking. Many male athletes compete in high-contact sports, such as football. The injury prevalence in football players who habitually drink alcohol is higher (55%) than in nondrinkers (24%). Additionally, there is the risk of injury outside of training or competition—for instance, a fall from lack of coordination when drinking.

Protein synthesis is the process in which cells make protein. Protein synthesis may decrease with alcohol consumption, leading to a decline in muscle gains. Although, studies are conflicting. One research study found no difference in measures of creatine kinase, muscle soreness, isometric strength, or range of motion with alcohol intake. Another study found the opposite, a decrease in muscle function. The study, “Impact of Sports Performance and Recovery in Male Athletes”, found skeletal muscle protein synthesis decreases by 75% for at least 24 hours post-alcohol consumption.